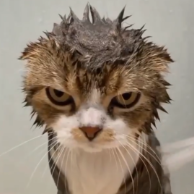 The math is simple. A 2.5% multiplier annuity payable in my 40s based off DFAS tables is leaps and bounds a much more lucrative deal than a FERS 1% multiplier payable at 62 based off GS SSR tables (or

It took me a couple of years in the ANG to fully appreciate this, but it is a difference in perspective people on AD will never know. I fell into that trap as well. The AD thrives off squeezing eve