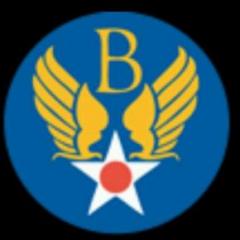 The Kelly Base CC has a new way to screw with crews. If you do not process thru billeting, even when less that 24h, the base trans WILL NOT take you to the hotel, or pick you up...WHAT A CROCK!!! - Luckily you can call MACTRANS (Baseops has the phone #) and for a fee (reimbursable) they will pick you up and drop you off at any hotel in SA. Stay at the Hampton Inn on Bowie Street - it is right downtown 2 blocks from the River Center at the Riverwalk - and it is within your lodging allowance! Homewood Suites is great for crew dogs. Free happy hour w/beer, cocktails and food Mon-Sat. Free Breakfast. Rooms are suites with separate bathroom and living room/kitchen - call ahead for Gov rate. On the riverwalk just a few blocks from everything, such as, Market Square, Dirty Nellies, and Dick's Last Resort. Residence Inn was a .5 mile walk from the river walk and each room was a business suite style room. It had a full kitchen with all appliances a queen bed and pull out couch bed as well. The staff was very friendly and the complementary continental breakfast was great. Also the 24 hour mexican restaurant (Mi Tierra's) down the street was good for margaritas after a long mission. It is on the Non-A list at Kelly Billetting as well. Enjoy!

~Crowne Plaza Downtown 210-354-2800 was a palace! We got stuck with a last minute Hurricane Evac to San Antonio. We ended up finding the deal at the Crowne Plaza which charged us $93 gov't rate and no tax, since we could fill out tax exemption forms that saved some cash there. Rooms were great! Large beds with fluffy comforters. Wife met me in SA and got a kick out of the courtesy bag filled with cool sleeping stuff. Bar was okay, a little crowded and smoky, but beer wasn't too bad. 10 minute walk to the "River" and restaurants. Staff was very friendly and willing to help with last minute reservations. Do NOT go to the Days Inn Downtown on Houston St. They were very unfriendly, screwed our buddy with charges for reservations that we did not use and were expensive as hell. $150 with tax. Also, agree with others about Kelly VOQ...rooms weren't too bad (for a Navy guy) but no where was food to be found within walking distance. Okay for short crew rest, sucks for anything longer without car. Enterprise Car Rental around the block though...Kelly Transient no help there either.

~Kelly Billeting is a joke. Now, if Kelly doesn't have rooms for you, they will call Lackland and then the ISQ (international school quarters) before they give you a non-A (This is specifically prohibited by the JFTR, U1045, bring a copy of that page). If you have to go to Lackland or ISQ, also on Lackland, Kelly trans won't take you. You have to get Lackland to come get you. If you go to the ISQ, not only do you have get in another van to drive to your bldg, but they split you up or make you share bathrooms. They refused to put enlisted in the officer's quarters. It was 2 hours from when we arrived at Kelly billeting to seeing our shared bath rooms at the ISQ. Don't let them do this to you. We threw the flag and stayed at the Rivercenter Marriott which was very nice. Just went to Kelly(Lackland Annex) and with new rooms the chances of off base are slim. However, transpo will give you a free ride down to and pick you up from the riverwalk-a pretty good deal. They pick you right up from billeting drop you off wherever you want to go and then call them about 1/2 hour prior and they pick you up. Kelly Annex update, Dec 07 There is nothing 'new' about any of these rooms or the building! The billeting building must be 70+ years old and needs to be condemned! Beware, Lackland/Kelly will give you the runaround!

~Despite the horror stories from Kelly Billeting above, we were able to get a Non-A slips fairly easily and they made reservations for us downtown. The catch, however, was that they put us at the Radisson Market Square. If you have a choice, DO NOT STAY AT THIS HOTEL. The place is in serious disrepair; broken shower heads, sinks that won't drain, missing striker plates on room doors, lousy beds, etc. Enterprise on Kelly delivered two cars to base ops prior to our arrival, however, both were delivered with ~1/4 tank of gas.

They book billeting pretty far in advance. They will give you a Non-A number (not a "letter", just a "number"); just put it on your travel voucher. The Clarion Suites 210-655-9491 (Pat Booker & 1604) has 1 & 2 bedroom options (2 BR has 2 bathrooms also); full kitchen; living/dining area; pool/hot tub (outdoors); laundry facility; free continental breakfast. Make sure you are getting the "monthly rate" if you are staying that long (see maximum rate notice on your room door) - if billeting makes your reservation - they will charge the GOV rate (for a 2 BR that is $85, but $69 is the "daily" max rate based on monthly rate schedule). Either way - you get reimbursed, but the $85/day will max out your GOV'T card faster! Residence Inn, Santa Rosa Ave (210)231-6000 was fantastic and has Free Beer and Pizza from 5 to 8pm. Close to the River Walk. ~I've stayed at the Crockett Hotel previously with my civilian employer and it was nice. The difference is this time we had the government rates and the rooms sucked. They put you in the building across the parking lot. If you stay in the main building I think you're alright.

Alamo Cafe - 281N and Bitters Rd (on the northbound access road) Inexpensive tex-mex. Some of the best in San Antonio. Amazing tortillas (It's a San Antonio thing, trust me: just try them). Easily accepts large parties. Don't be discouraged by crowded parking lots, or long lines, never waited longer than 15 minutes for a table. Food is always served quickly, and is delicious. Can walk away stuffed for under $15.

Camino Ranch - Located a few miles outside Randolph on I35, this place boasts some of the best margaritas and fajitas in San Antonio. A Must-eat if stopping in San Antonio. Accomodates large parties, meal price $15-20.

Chester's - It's straight out the front gate on Pat Booker outside Randolph AFB, but can be found throughout San Antonio. Self-proclaimed "best hamburgers in town and state", but most digestive systems disagree. Still a great greasy burger and milkshake joint. Great for a different and quick meal for quick turns.

The jailhouse cafe has the biggest chicken fried steak you've ever seen - and it tastes great.

Go for some great barbecue at The Barbecue Station at Loop 410 and Harry Wurzbach, followed by drinks next door at Lil' Darlin Lounge. The key to a stay at Randolph for any length of time (PIT, etc) is to get off base! Not too difficult (especially if your family tags along) if you are staying for 2-4 months (i.e. PIT or T-6 transition).

Randolph AFB, Universal City, TX - Quick eats off base: On Pat Booker north side is an Italian joint called Napoli's. Ex-navy owner named don is friendly and food is quite good. also, North on 1604 just past the mall is Rudys BBQ can't go wrong!

The Auger Inn at Randolph is pretty jumpin on fridays. They put out a free buffet spread at 5pm and the beer is damn cheap. A good place to start the night before you head down to the river walk.

A GREAT bar is The Tap 210-404-0827 at: 903 Bitters, STE 313, SA, (Just off HWY 281 N at Bitters, by the SA Int't Airport) Neat In-crowd hangout spot for Spurs players/managers and exotic dancers "off-duty". Tell Jennie or Jon (owners) "DAD" from Tinker AFB, OK sent you! Just got back from TDY to AIS at Randolph, found a couple great local bar/hangouts(not typical River Walk venues): NOTE: The Tap became Bitter End somewhere around 2003 (give or take). I wouldn't say it is the best place to find attractive girls, anymore. It IS a good place for live music and cheap drinks.

Sherlock's A pub tucked away on San Antonio's north side. Has three separate areas, a quieter (compared to the others) sports bar type section, a section that typically has a small dance floor and a live band, and a game room, complete with real darts, pool, and shuffleboard. Pay pool tables, and just need an ID and refundable deposit for the darts and shuffleboard. Bands typically are in the punk to hard rock genre. More of a local crowd, and when compared to some of the other places in town, the number and quality of ladies there leave more to be desired, but in the end, a nice place to hang out, especially if you're looking for a more relaxed atmosphere, or a change of pace from the other bars in San Antonio.

Cowboys Dance Hall - Massive country dance hall located on the 410 loop where it meets I35. Despite your feelings towards country music, one trip here will keep you coming back. The sheer quantity and quality of the women (both patrons and workers) is what makes Cowboys the "Mecca" of the San Antonio night life. Weekdays offer live music with college and military discount nights, bikini contests and very cheap beer nights, while the weekends often offer larger packed crowds, expensive drinks and high covers along with popular country music stars. Live music every night, and when the band goes on break, they will often play more current music.

Hooligan's - Sports bar near Randolph. Large open areas, lots of big screen projectors and TVs great for viewing the game. Hot wings, greasy burgers, pool tables and dart boards make this place a good place to go to end the night with a cheap taxi back to base.

San Antonio Missions - San Antonio's own minor league baseball team. Good entertainment, however the best times to go are on \"Dollar Night\" Where you can get a slice of pizza, a hotdog, or a cup of beer for $1. This along with some high-quality heckling can make for a great night if you can get the fans into the mood. One might think that being DD would suck on a night like that, however, the drive home takes you past about 5 strip clubs. Once you drive past a few and have a car full of drunkards begging you to stop, you can usually get your cover and a few lap dances paid for.

The following links are NOT SAFE FOR WORK!

XTC Cabaret - a BYOB strip club. Sounds shady, and isn't as well presented as the others, but worth a trip if in town for a while. They will search your coolers at the door and take any non-alcoholic beverages (kind of humorous, but true). Ladies are hit and miss. I've been there to see nasty women, and ladies on the complete other end of the spectrum. There was this brazilian woman there that was smoking hot, and would give one hell of a performance. I saw a one-legged stripper here once and she was awesome!

Perfect 10's - Strip club located on 410, definitely living up to the name. Hot women, and relatively cheap drinks. Definitely the club if you are looking for a more "hands on" experience in San Antonio.

Camelot on Pat Booker just outside the gate is good place with high quality young lovelies. Camelot burned to the ground a few years ago.