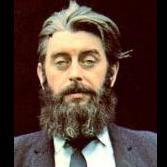 By gearhog
November 8, 2022 in General Discussion

Maybe they'll declare war on Ukraine?  I don't understand the thought process that Ukraine somehow should have their hands tied about what targets they can strike.  I get that the rest of the world do

Standing By for the national will to stand up for ourselves, governance in that direction, and a national leader who believes America is worth fighting for.

The difference being you guys will improvise and overcome when it comes down to a no-shit fight. I’ve said it before, but the US military owes most of its success to junior officers and NCOs who will