Mattis to the rescue? 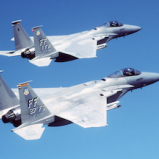